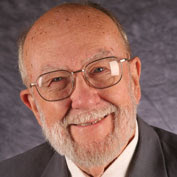 Theological teachers who retire have a great opportunity to reinvent the word ‘retirement’ and provide the greatest contribution across international borders. Finishing in a permanent appointment does not necessarily give one lots of surplus cash but this is usually a time when retirees are rich in time with greater flexibility.

Dick taught history for many years at Indiana State University and then was Professor of History at Gordon College on Boston’s North Shore. But throughout his teaching career he broadened his research fields and teaching responsibilities by undertaking international assignments at the Liverpool Hope University (U.K.), at the Universities of Frankfurt/Main and Halle-Wittenberg in Germany when he was a Fulbright Professor and through serving as Visiting Professor at the University of Otago, New Zealand.

According to Gordon College provost Mark Sargent, "Dr. Pierard has been one of the boldest and most distinguished Christian historians of his generation, and has given generously of his time and energy to helping mentor young scholars."

Dick spoke about the challenging teaching experiences he enjoyed in Russia and India:

Helping in Foundational Period
My first trip to the Moscow Theological Seminary took place when they were in their beginning phase and greatly needed help from the West since there simply was no solid cadre of instructors in place. I worked up a course from scratch on the church, politics, and religious liberty in Christian history.

I began in 1997 and even participated in the first graduation ceremony, and I was invited back four subsequent times. In time they had developed a faculty and the seminary was reorganized with a new director and I was no longer needed. The Russian Baptists have no money, so I agreed to pay my way over, and they would take care of me at no charge while I was there.

Little Lost in Translation
I had to work through an interpreter so I actually wrote out each lecture and gave it to her before hand. This way she could discuss with me concepts that were unclear, and this helped to forestall interminable questions of definition that would get us sidetracked.

Invitation to India
I went on a study tour to India in June-July 2006 run by the Boston Theological Institute and SAIACS (the South East Asia Institute of Advanced Studies) was one of the places we visited. I got into a conversation with the acting principal, Dr. Hrangkhuma and he asked me if I would be interested in coming back to teach a course on the same basis--I pay for my flight and they would take care of me.

Intensives
I came in July 2007 to teach a four-week module on general church history for their M.A. students. They seemed to like me so I was asked to come back in March of this year (2008), where I did a seminar in the history of Christianity in India for people in their Th.M. program. I have been requested to return next March to do the general church history course again.

Teaching with Study
During my stay this time I made a visit to Serampore College, just outside Calcutta, where I gave a lecture and communed with the spirit of William Carey. As a result, the Serampore principal asked me to come there as well next time and do a course on the history of the ecumenical movement.

Teaching in India
The advantage of working in India is that I teach in English and the students are expected to have competency in the language. Thus I don't have to use an interpreter, but I do try to keep the lectures conceptually simple and I speak slowly and clearly.

Short-Term Teaching
Undertaking a teaching stint rather than being based for a long term is clearly a different way of doing things. One has to operate under the handicap of not having a good library and adjusting for that situation.

Lifting the Lid
I felt I had a good relationship with the students. I think they realized I was coming as volunteer labour and would receive no material gain. I tried to act as a servant who had come to share what I had with my brothers and sisters whom I treated as equals. That was especially the case with the faculty members, some of whom were not as well trained as I. I would not allow them to feel intimidated by me, and we all operated on a first name basis. For the Indians they liked being able to call me Dr. Richard because my last name was hard for them to pronounce. (That is real irony, considering some of those Indian names!) I did what I was asked to do and did not give gratuitous advice on how they could do things better unless I was specifically asked (and that was very seldom).

Rich Learning Experiences
I appreciated very much learning from my students and expanding my own knowledge of different cultures and practices. I felt I gained a great deal this way. I tried to get to know something about each of them personally, although that is extremely difficult in a short time period.

It was hard to stuff a lot of material into a short time period, but the course probably had more coherence since they were less likely to forget so much from the early part of the course, like the situation usually is back home.

I lived on campus and ate with the students, which may have helped to narrow the social distance between us. Of course, understanding what people are asking me can be very difficult because of all the different accents they have, and I would have to ask people to repeat themselves more than I would have liked.

I found especially invigorating the idea that the students I was teaching were planning to go directly into ministry (and in fact many already were), and so I was not working with a bunch of future academic wannabees and/or people trying to find themselves by studying theology.

And More…
I almost always got asked to speak in chapel and I could have had many other preaching opportunities if I wanted them…I often was invited into peoples' home and got to know folks on an informal basis that way. I tried to talk with students on an informal basis as much as I could, but my age and social position was undoubtedly a barrier.

Other Tips
I have been contacted from time to time by other people wanting me to do something abroad, but most of the time they do not follow up on their off-hand requests. Of course, I can't afford to be on the road all the time at my own expense as I have other things to do and editors to satisfy.

RSVP
Some practical ways of responding:

* If you are thinking about serving through TWB, adapt for your situation the ‘Expression of Interest’ as a first step.

* Tell your colleagues, students and church members about TWB (give them this link) and the way that their service could make a tremendous contribution.

* Feel free to reproduce (just acknowledge the source) this summary of TWB in your seminary or church magazines and newspapers. Here is another statement you may use.

* Bookmark this site as a ‘favourite’ and subscribe to these postings.